CleanTech and green energy: the way forward for Smart Cities

Accessible, versatile, environmentally sustainable solutions and innovations - CleanTech - is the only real way that the world can be sustainable in the long term; a key component of CleanTech is green energy.

The greatest innovations in the history of mankind were born out of crisis and necessity. The ability to adapt and innovate in dire times is what separates success from failure; leaders that show the way forward from those that follow.

OpenGov is always seeking to recognize and promote such leaders of innovation. This pursuit has led to partner with SMU’s Institute of Innovation and Entrepreneurship, which provides support and a platform for budding innovators.

One such group of mavericks is the team at Anzene. OpenGov had the opportunity to speak with Joshua Lin, Chief Operating Officer – Business Development & Partnership at Anzene.

Anzene is a cleantech hardware start up dedicated to producing standardized, smart and safe batteries powered with blockchain for green energy transition in smart cities. 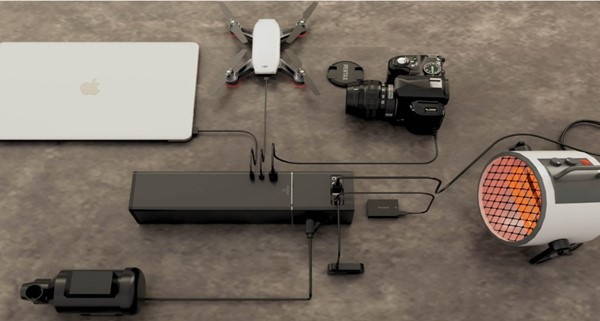 Joshua told us that the genesis of this idea began in August 2018, when he and two other friends, who shared the passion for tech and concern for the environment, decided to create a portable power block would allow consumers to utilize renewable energy resources to power urban lifestyle.

This shared vision led to the creation of the Anzene energy Block. The energy block is a cuboid, weighs around 2 Kilograms and has the capability to store and channel solar and wind energy.

The team’s intention is to make it as accessible as possible to all specifications. With this is mind, it has versatile voltage outputs and can power different brands and kinds of electric vehicles and urban home appliances.

It come with various USB ports and can also be attached to a universal AC adapter that allows powering multiple devices simultaneously. It is a gift for people who work remotely and off grid as it gives them more flexibility and secured access to power.

Joshua shared that there were two major focus points for the team while developing the technology for this power wonder: 1) Smart and 2) Safe.

1) Smart: Anzene energy systems have IOT features (4G and Low range radio communication, data loggers) that are powered by blockchain to track green energy generation, usage, and storage. This feature will eventually allow it to be used by city planners to predict and plan urban energy consumption patterns.

2) Safe: There have been ample incidents in just the recent past of batteries overheating and catching on fires. In order to ensure the safety of its user, Anzene power block comes with a patented mini fire extinguisher pre-installed and connected to its battery management system. 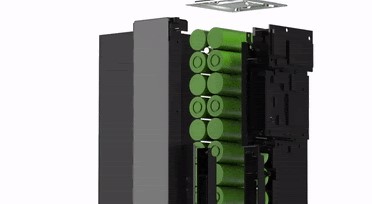 The moment the block detects excessive heat in the battery, the extinguisher deploys automatically ensuring the safety of the user. It is purely a preventive measure by the Anzene team as they are using the superior quality Lishen cells that do not overheat unless it is abused or used carelessly.

Anzene’s novel energy idea and consciousness for the ecosystem has earned the team recognition on different platforms in various countries.

The first accolade was at the 2019 K-Startup Grand Challenge in South Korea – a nation that is a huge powerhouse for battery manufacturing and recycling. Anzene was among the Top 20 teams that gave a demonstration of their product after 3.5 months of acceleration.

Being a Singapore Management University (SMU) alumni, Joshua and team enrolled in SMU, Institute of Innovation & Entrepreneurship’s incubation programme – Business Innovations Generator (BIG) which gave the team valuable exposure of ASEAN market, and was one of the 7 teams selected for the third Shell Idearefinery Programme, Singapore.

Anzene plans to launch the power block in market in the second quarter of 2021. They are still fine-tuning the innovation and plan to make it more powerful using a swapping station with multiple energy blocks.

Utilising wind and solar energy require specialised equipment like panels and turbines to harness the power. These are often bulky and too complex for everyone to use. The team exploring options for consumer grade channelling equipment to make their energy block more accessible.

They also plan to modify it to make it useful to rural areas too. Joshua said the teams is determined to power villages that are off the grid using their innovative energy resource. At the very least they want their block to be able to power basic home appliances like lights, television, radio, etc. to reduce use of pollution causing non-renewable sources of energy like kerosene.

OpenGov is always eager to hear of and encourage innovation leaders like Anzene. If you have any innovations, you would like to bring to our attention please do get in touch with us.

First ‘smart airport’ to be set up in Thailand